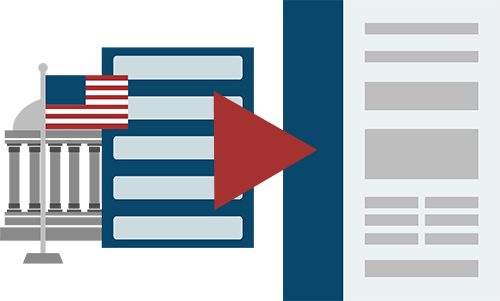 Before a grant application form can appear in a Grants.gov user's workspace, it must be approved by the Office of Management and Budget (OMB) and developed by Grants.gov's team of developers and testers.

Grantors requesting a new form or changes to a form should:

"How Long Until My Updated Form Is Deployed to Grants.gov?"

The two phases of the forms development lifecycle mentioned above often overlap, but the overall time to deployment can vary, depending on the amount of technical development that is needed when an existing form is to be updated, or a new form is to be created from scratch.

The graphic below estimates the different deployment timelines for cosmetic, minor, moderate and major form changes. The clock starts on these timelines after the Form Requirements have been completed. 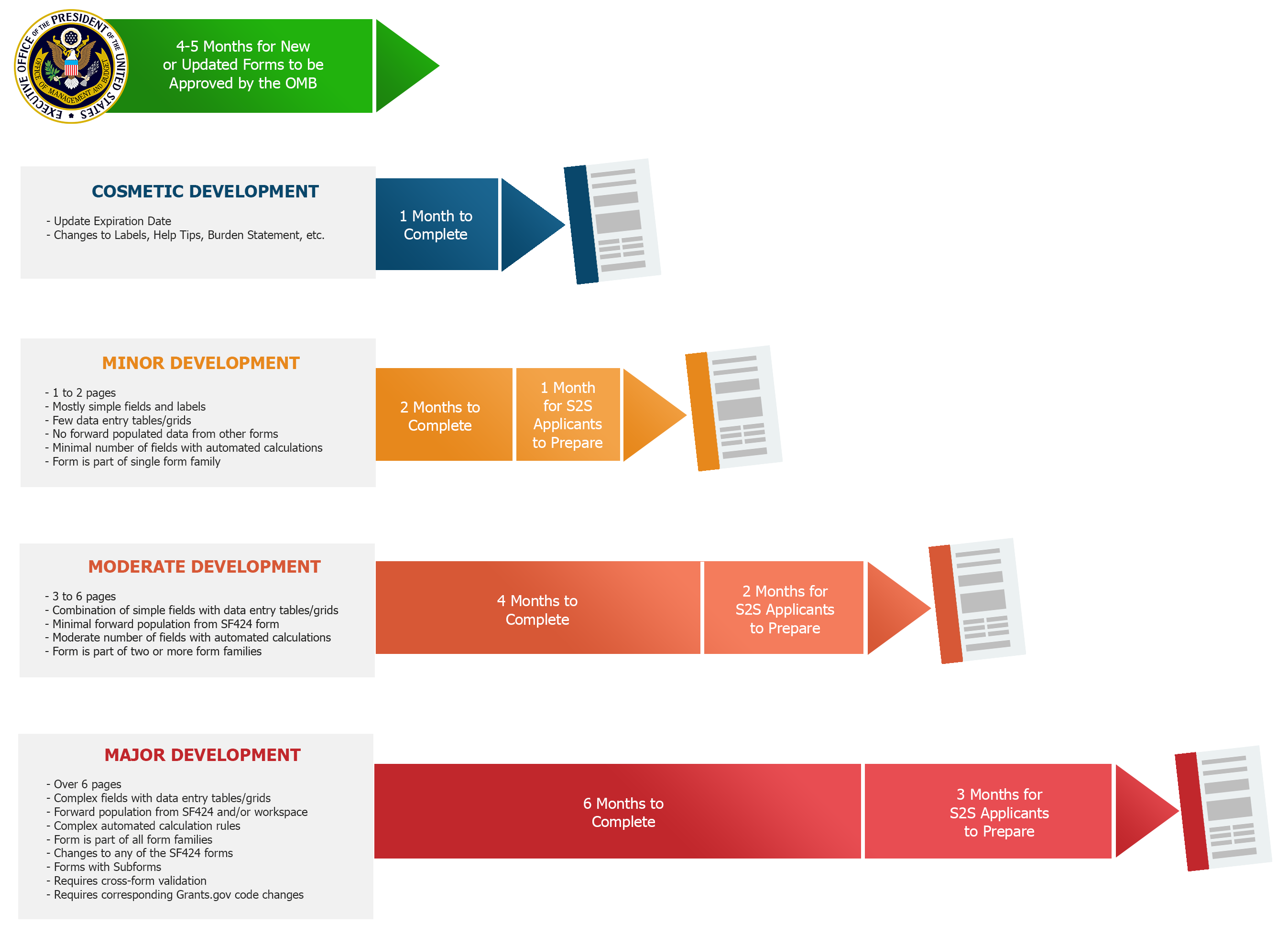